Leading a New Approach in Cybersecurity for Government

Empowering Federal Agencies to Modernize Their Approach to Security

We equip agencies with the means to protect your cybersecurity posture externally, defeating would-be threats before they can interact with your infrastructure. Trinity Cyber examines every Internet session, from protocols to file types and runs countermeasure operations out-of-band with no perceptible latency. We also:

For every federal CISO, this advanced capability modernizes your defensive capabilities, automates response actions, and improves your existing cybersecurity posture. It is built to accommodate every stage of your perimeter evolution, from TIC 3.0 to SASE and beyond, enabling you to: 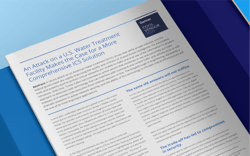 Experts Agree We Are Different

Trinity Cyber’s managed service actively detects and neutralizes threats before they reach a client's system. We sanitize corrupted traffic by replacing or altering files, code segments and protocols inline. We are complementary to and enhance your existing security infrastructure. Our experts run the technology for and with you as our client. Our team augments your SOC and customizes response actions based upon your preferences. Our unique capabilities include:

Traffic Inspection Outside the Network

Because the security appliances on corrupted networks also could be compromised, traffic inspection must be performed outside the network, inline (not in a sandbox) and out-of-band, in a manner that can detect and neutralize command and control traffic, remote code execution, exfiltration of data, and embedded malicious code.

Going Beyond NGFWs and IPS

In addition, the NSA also reported on the top 25 vulnerabilities exploited by nation-state threat actors.

Hundreds of CVEs, such as Equation Editor and others, employ a multitude of techniques including reconnaissance, exploitation, command and control, and exfiltration. Classified indicators become less relevant when full session inspection and inline active defense enables actions such as remove, replace or modify within the network session. With full session inspection and extremely accurate processing, Trinity Cyber detects nation-state and other threats wherever they may be in the network session.

Why a Proactive Approach Matters in Federal Government?

Federal agencies can now fully stage, deeply inspect and take targeted action on all Internet traffic (not just web traffic) before it enters and as it leaves the network. Targeted action allows agencies to modify payloads and techniques to neutralize threats inline, not in a sandbox.

What Agencies Gain When Working with Trinity Cyber:

Benefits for Companies Doing Business with the Government

For Networks Affected by the SolarWinds Exploitation

The SolarWinds Orion compromise was a sophisticated supply chain attack. The adversary who carried out the attack had access to production source code and the ability to surreptitiously insert malicious logic into that code before it was digitally signed and distributed to customers by SolarWinds as a seemingly legitimate software update. This clever and sophisticated method made it impossible for any SolarWinds customer to have been able to detect the attack.

How Did the Attack Unfold?

The adversary designed this attack such that once a customer installed the SolarWinds Orion software update, a backdoor was created with system administrator, privileged access that allowed the adversary to download and install whatever they wanted. Given that it is widely believed that the adversary is a foreign government’s Intelligence Service, and they have enjoyed full, highly privileged access for more than six months, they own everything–or at least everything they care about. This includes user accounts, PII, servers, IT infrastructure, and security software and appliances.

What Does This Mean for Entities with SolarWinds Orion?

As a result, we recommend any customer of SolarWinds Orion assume that a foreign government has widespread, persistent access to and control of their networks. The hackers abandoned long ago the infrastructure and static indicators associated with the initial backdoor delivered with the attack.

Contrary to popular belief, removing SolarWinds Orion does not fully address what has likely already been installed in customers' networks by the adversary. While long-term remediation tasks are being performed, immediate steps can and should be taken to thoroughly and accurately inspect bi-directional, full session network traffic. Trinity Cyber is the only option on the market to remediate the impact of the breach due to the unique capabilities of our technology.

Learn how you can boost your cybersecurity with the most innovative, active threat prevention solution on the market